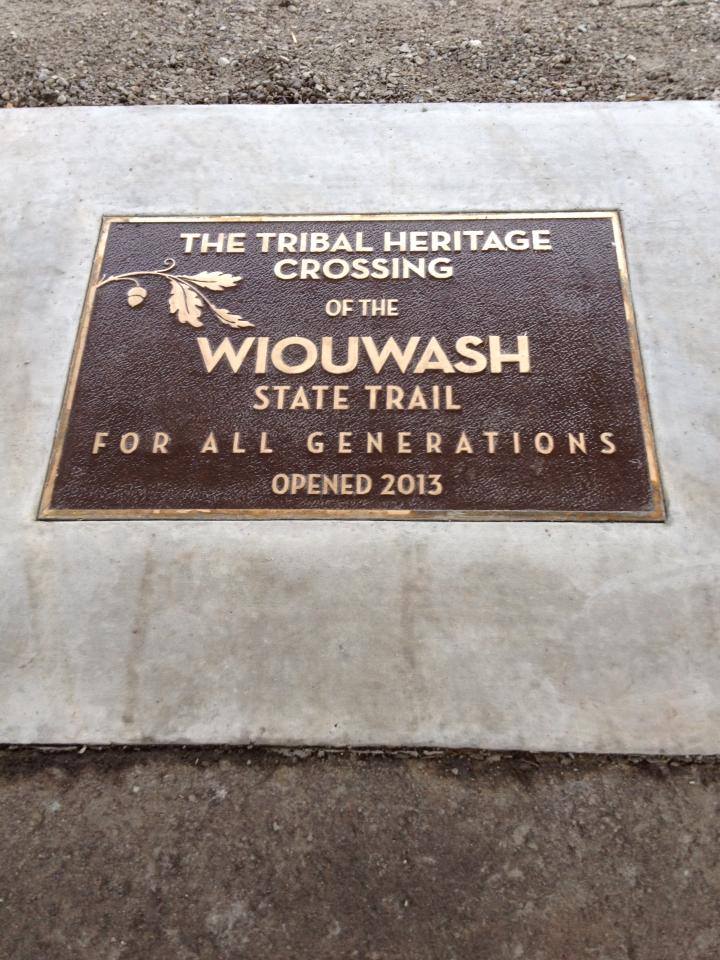 Originally opened in 1955, Lake Butte Des Morts causeway was in need of an upgrade due to the increasing traffic volume. The Wisconsin DOT built a eight-lane crossing by widening it to the west. The new causeway opened in July 2013 and provides increased safety and improved traffic flow. 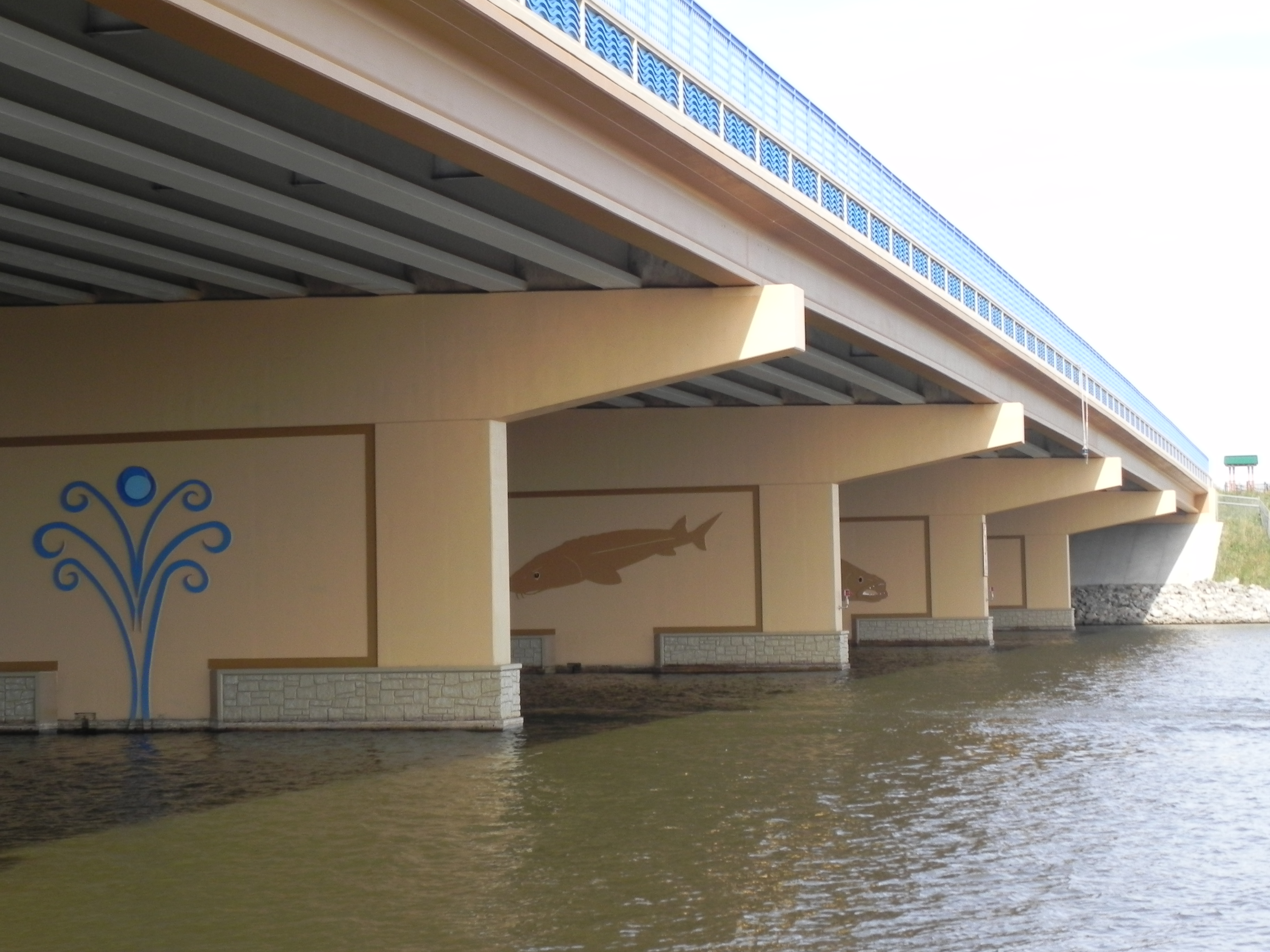 As part of the US 41 project, the causeway trail offers runners, walkers, bikers and in-line skaters the ability to cross Lake Butte Des Morts on a trail which connects to the WIOUWASH State Recreation Trail on the north end of the Tribal Heritage Crossing Trail. The Tribal Heritage Trail provides access to fishing and info kiosk for all 11 of Wisconsin's Native American Tribes including the history of those tribes. 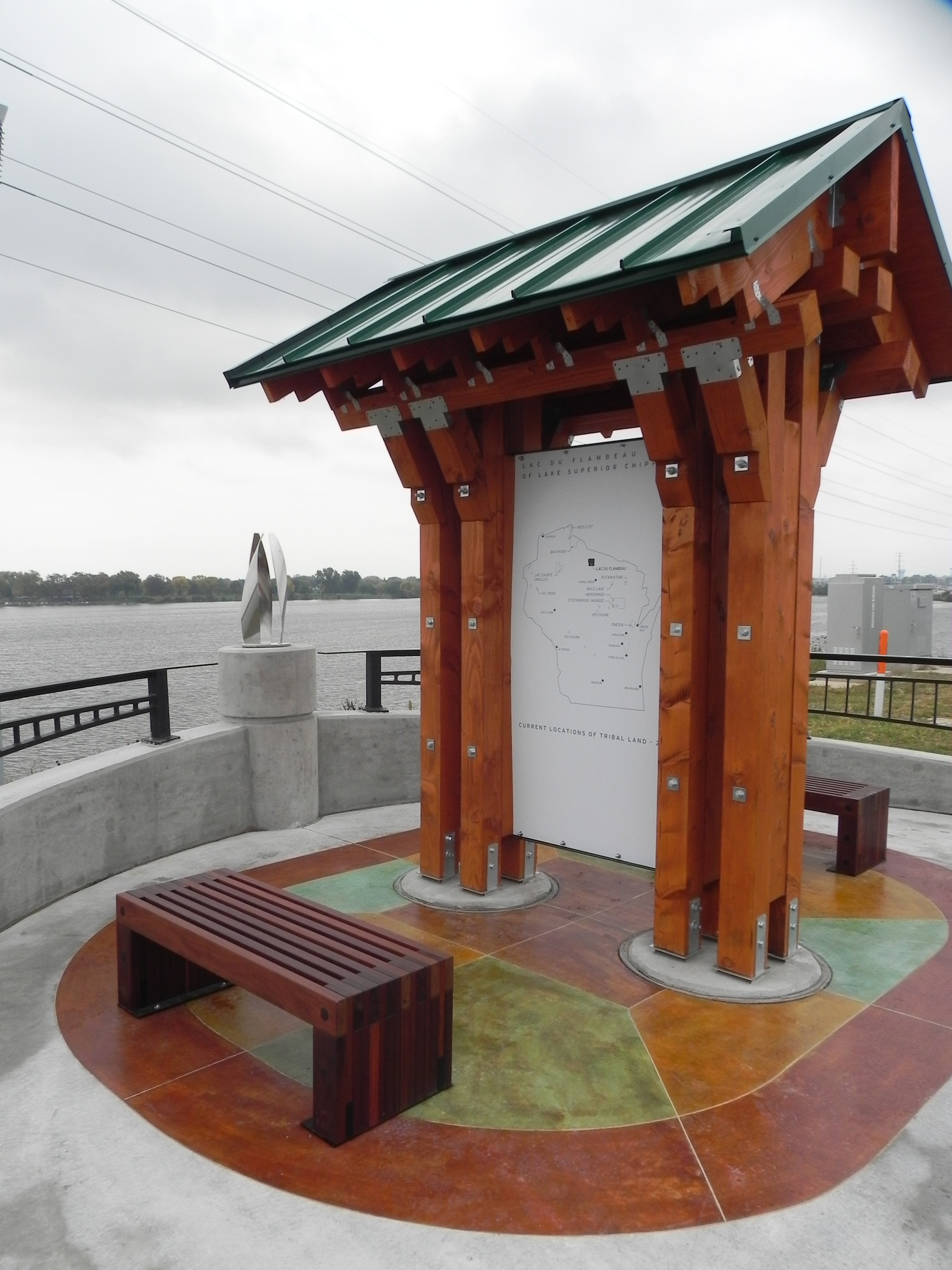 The info kiosk overlooks an open window to the water system with history that is remarkable. It is the ancestral home to Native Americans who have been here since time immemorial. Lake Butte Des Morts is described as a vibrant river channel winding through a vast expanse of wild rice with fish, furbearing animals and waterfowl. In the 1850's the waterway changed dramatically with an influx of new settlers and industry, including two dams on the twin lower Fox River outlets of Lake Winnebago.

#2 - Stockbridge - Munsee Band of the Mohicans

*There is no fee to use the Tribal Heritage Crossing Trail

*Dogs are allowed on the Tribal Heritage Crossing Trail but must remain on a maximum 8-foot leash, please clean up after your pet

*Horses are not allowed on the Tribal Heritage Crossing Trail.